Small victories, big obstacles: a definition of RDA as therapy 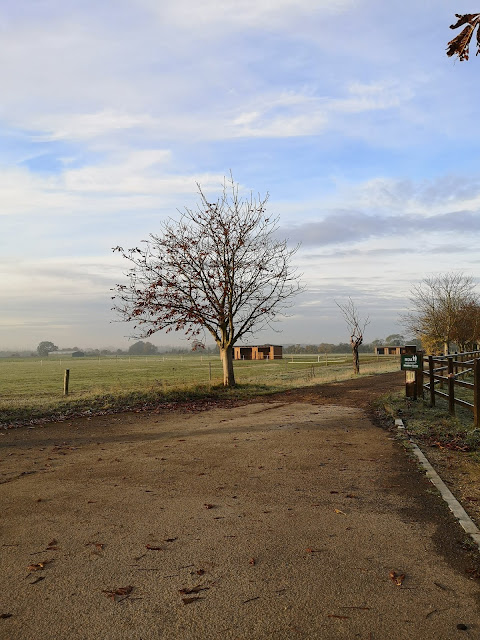 At the beginning of October, my dad had an accident whilst riding one of his motorbikes to work. He was sitting waiting at a red light when he was rear-ended by a car, and launched into the air for several metres before landing in the road. One vertebra in his lower back was shattered by the impact, leaving less than half of the bone in place, and another in his neck was chipped. Thanks to the skill, efficiency, and compassion of medical professionals at his local NHS hospital, twelve hours later he was recovering from emergency surgery with two shiny metal rods screwed into his spine and an optimistic, if daunting, plan for the future. Recovery from such an accident is not a straightforward process, but his mobility was (somehow) not permanently damaged. Once his physical injuries (significant soft tissue damage, in addition to the broken bones) have healed and his strength regained, it should be back to business as usual. Well, close enough. His surgeon was very clear, however, that it was a case of millimetres between this ending and the beginning of a story of "life-changing" injury.

Experiencing this sort of trauma, even if second hand as a family member, certainly gives you a different sense of perspective. I've read plenty of pieces of writing which express gratitude for such perspective and the personal growth and improvement it can provide. Honestly, I would swap any perspective or sense of growth for not having to feel any of it in the first place. The past couple of months would have been happier, simpler, without. I pride myself on my ability to plan my way around or out of most crises, but it would've been far more agreeable to have left those skills on the shelf.

That said, I have definitely felt the impact of Dad's accident on my outlook on RDA. For him to have walked so close to the line between life with and without significant disability threw new light on the fact that many, although not all, RDA participants turn to our organisation in the wake of some sort of life changing trauma, even if it happened too early for them to remember it themselves. I have also found out what it feels like to see a loved one suddenly without the physical strength or ability you had taken for granted for your (or their) entire life. For Dad, although this is a temporary, if not fleeting, state, I still feel deeply unnerved by the long list of things that he is not fit enough to do (driving, cooking, even opening the fridge). I've felt disorientated by how my understanding of him as a person has been changed, even if he is still him and won't be injured forever. I have often wondered how it must feel to come home from hospital with the prospect of lifelong disability stretching, an endless, bumpy road, past the horizon. Now I think I have both more and less of an idea. I respect the resilience of those for whom this is a permanent reality, but also acknowledge more readily the fact that such resilience isn't a choice, but a way of "keeping on".

I've also had my focus on the importance of the small stuff sharpened. Seeing Dad needing help for the smallest of things, especially the effort it took for him to stand up for the first time after the accident, was hard. It was hard for him, too, to have such cause to feel such a lack of control (and an abundance of mistrust) over his own body, when it had pretty reliably done what he wanted of it for the best part of sixty years. I was and am still struck by the huge gulf between this and the experiences of Thomas, who I wrote about two weeks ago. His experiences of owning and operating a human body have been shaped by the fact that his body doesn't necessarily do what he wants it to, and doesn't always respond in the same way as other people's do. He is still, of course, apt to feel frustration towards his body; not knowing what life is like without a disability doesn't make him immune to this, or unaware of the many points of non-disabled comparison he encounters in the people he meets.

The difference, for me at least, is in the reception: for Thomas, even the smallest bit of progress is celebrated. He is working out new things his body can do, and those are the payoff for the risks and hard graft that make them happen. For Dad, and to a greater extent, those who live with longer lasting effects of a severe trauma, these achievements aren't new things. If you've always been able to put on your shoes without worrying that they are too heavy or too far down to reach, or taken it for granted that you are able to make lunch for yourself, having to work up to doing it for the first time again must be a somewhat hollow victory. That's not to say, of course, that there aren't pitfalls and frustrations along the way in other experiences of disability or trauma. It's like a strange game of Top Trumps: there are plenty of worse scenarios, but the ones which are individual's realities still aren't exactly appealing.


For RDA participants, this is where horses are able to enter as a great leveller. The good ones have an ability to understand and adapt, without any sort of preconception, to the person they are presented with. A brisk walk for them is the strengthening of almost a whole body's worth of muscles for a rider on their back. Five minutes of standing still to be stroked or groomed for them might be a week's worth of calm and lifted mood for the person handling them. Horses are, of course, unpredictable and even dangerous to some extent (not least due to their size), but still have an innate, understated therapeutic power as a species. I think that they often do a better job than humans of understanding the power of small victories in the face of big obstacles.

Woody is a great example of the little things meaning a lot, because I have spent such a lot of time enabling him just to "be" when he is on a pony. Whilst riding isn't a huge physical challenge for him, the way that he is able to wait more patiently; to interact with activities more; and to sit and continue "being" with considerably less input from us than before represent how horses have altered the way that he experiences the world, and have helped him to overcome a number of small stages in his own challenges. Even if that might only shine through a little bit at times, it still shines. Yesterday, he gave me a smile and a wave from on top of his horse. The first time in almost a year of riding with me. Whatever "therapy" means to Woody, RDA is making it happen.

For riders whose disabilities are physical, the ability to "be" is at least equally powerful. Those of us in the non-disabled world who have never had any reason to doubt our core strength or question how much power our limbs are able to generate will only be able to understand so much of the intensity of concentration required to sit in something close to a "correct" riding position. A fellow coach at my group works with a young rider who was left hemiplegic by a road accident when she was a preteen. Her relationship with riding is a loving, but complicated one. Riding "one sided" is complicated in itself, and incompatible with many of the principles which are drummed into non-disabled riders from the beginning. It is also challenging for a horse to learn to respond to such a rider's aids in a similar way to how they would respond to all four limbs. Not all horses, even RDA rides, take to this productively, especially when the rider's control of their affected side is very limited. For this rider, riding can present a strange cocktail of triumph and frustration: new skills shaken up with relearned skills, and stirred with the frustrations inherent in trying to ride clearly and "loudly" enough with half of the standard physical vocabulary. Thankfully, all of her "small" victories are appreciated and celebrated by those around her, and the love she has discovered for horses and the friends she has made through them is something which will always cooperate with her, even on the days that her body might not.

RDA thrives on inclusion, but it's still important to remember that not every single rider will be able to push on, and on, and on every time they ride. Progress can wait while therapy walks on. Sometimes, it has to. We all love a success story; remember that some of them will look or grow differently to what the non-disabled world might expect. There are no "shoulds" when processing trauma, and/or the experience of being disabled, just like there are no miracle cures to be found when using horses for therapy (although you do get the odd miraculous moment). I've used my understanding of RDA to recalibrate the frustration I've felt about Dad "not being up to much", or not being the version of himself that I have known my whole life. Just because he isn't one of my disabled riders doesn't mean the same things I have learnt about progress not being linear, about accepting the rough with the smooth, about when to mark and celebrate progress, can't apply to him. I might've had a crash course in first-person shock, pain, anger, and worry, but I know that plans can always be made and that human beings are always tougher than they seem.

As an observer of the big obstacles and chaser of small victories, the importance of acknowledging the deep significance of a seemingly tiny or quiet achievement grows every time I coach, or learn something new about my riders. A small victory could be walking quietly next to a rider as they sit unaided for the first time. It could be a whole class, with all their differences, executing a simple exercise as a ride with little to no prompting. It could be a rider reaching out to take the reins again after a fall. I am realising increasingly that these small, understated moments are where I am at my most content as a coach. And whilst I doubt many have noticed during these past few weeks, being part of those small victories has been just the therapy I needed too. 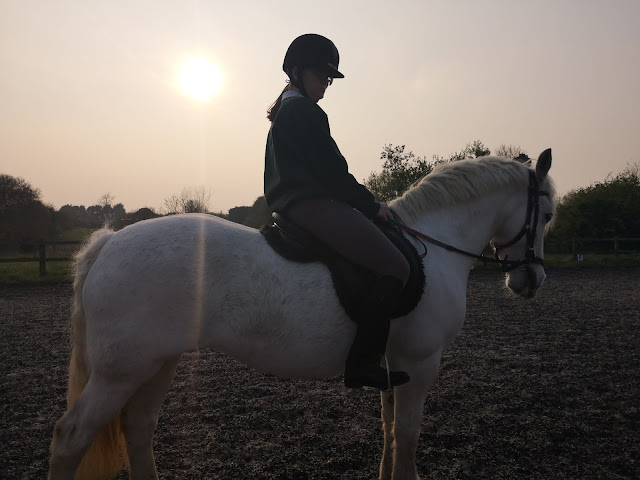