Abingdon RDA has been served over its 45 year history by many wonderful horses and ponies, a number of whom haven't just made our work possible, but have embodied the essence of the organisation's values. Speckles was with us for almost half of this long history, purchased as a five year old in 2000 (11 years before I showed up), and deserves the title of “irreplaceable” above any other.

Speckles’ achievements over two decades of RDA service were, frankly, staggering. We've long lost count of the number of placings, and, indeed, winning titles, he has earned at regional and national level. Almost exactly a year ago, at his last ever regional show, he brought in four scores of 70% or above with four different riders, and went on to win two overall championship titles at Nationals, one with Natalie in her first year of competition, and one with Ros, an adult rider. Neither had qualified riding him, but for various reasons a change of horse was necessary. Amongst the human jitterings and witterings about the last minute adjustments, he took it all in his stride: the only big deal he was involved in was his riders' achievements.

Speckles represented our group away from home on various occasions, exhibiting at the Game Fair and Blenheim Horse Trials, turning his hooves to para dressage training days, and even visiting a rider too unwell to come to the stables in her own garden. He was nominated on multiple occasions for the RDA Horse of the Year award, and anyone taking care of him at shows would feel as if they were part of a celebrity entourage: “Is that Speckles?” “Can I take a photograph of Speckles?” When attending my first ever National Championships, Speckles was my ice breaker for making new RDA friends and connecting with those who had been there before. He rarely needed an introduction when entering a warm up arena, and prize giving MCs would read out his name like an old friend: “from the Abingdon Group… of course, Speckles”.

Much of the earlier portion of Speckles’ RDA career was devoted to carriage driving, at which he excelled. I wish I could tell more stories of this, but the majority of his carriage driving endeavours happened before I joined our group. I do suspect that he continued to miss pulling Father Christmas’ sleigh each Christmas long after our group wound down its driving output. A true ride-and-drive, he was also an incredibly consistent, versatile, understanding pony under saddle. Much like the rosettes he won, it would be impossible to keep track of the number of our riders whose first ever RDA pony was Speckles, or who rode off the lead rein or trotted for the first time on Speckles, who learned to canter on Speckles, or who competed at their first ever show on Speckles. He even seemed to be a friend, a mentor, an example, to the other horses on the yard.

When our horse Princess was being transported to us in August 2018, her old owner's trailer overturned on a main road in due to unseasonably high winds. Remarkably, she was able to walk away from the accident, and more remarkably still was out competing with us the following spring and summer. When the time came to try and travel her again, Speckles was, of course, the empathetic companion chosen for the job. He liked to be out and about, practically loading himself. At a pony day last summer, one of our coaches brought her lorry to the stables to run a travelling and loading session with the children. Speckles stood patiently for them to practice putting his travel boots on, then eagerly bounded up the ramp. He gave us a look that said "Really? That was it?" when two minutes later we unloaded him again. 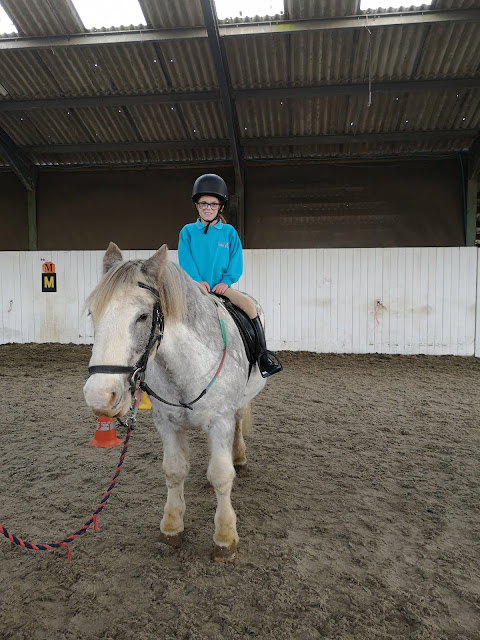 14.1hh, stocky, sensible, and (usually) gentlemanly, Speckles was anybody’s ride, and the recipient of countless claims of true love and everlasting friendship from those who rode, handled, or cared for him. Riders would hold a candle for Speckles long after they outgrew him, or even after they stopped riding. He commanded a respect even from other horses which could only come from his vast experience of his job.  Many people involved with our group have been with us for much less time than Speckles, and even those who had known our yard without him on it were still struck on occasion by the sense that he knew what he was doing more than anybody else. There were times when he would act uncharacteristically difficult on the lead rein, pulling at his leader, as soon as the rope was unclipped he would resort to "model RDA pony mode" immediately. It was as if he was saying "let this rider do it themselves. I have it under control. I'll look after them." In my earliest coaching days, Speckles probably contributed the most out of anyone to me understanding when to let my riders fly solo.

When we describe what we want in an ideal RDA pony, we are describing Speckles: safe, but not slow. Sturdy, but not too wide. A schoolmaster who is kind and patient, but still makes sure his riders actually learn to ride, and have fun doing it. Unfazed by almost anything, especially with an RDA rider on board. Lead rein or no lead rein – whatever you needed. His paces were rhythmical and comfortable: accessible to the most unstable of new riders, but with enough sparkle to bring in the scores from dressage judges. He was an ordinary, but completely extraordinary, chunky, cuddly pony from Oxfordshire. I think the only thing we might have changed was his light colouring. Many knuckles over the years were worn down by scrubbing purple shampoo into his feathers and tail, but what else would do for a pony watched by so many adoring fans? He would always give you a friendly nicker "hello" when you showed up at his stable at Nationals at 7am to find that he had mucked down his glitteringly white tail, so it was hard to stay annoyed even by that. 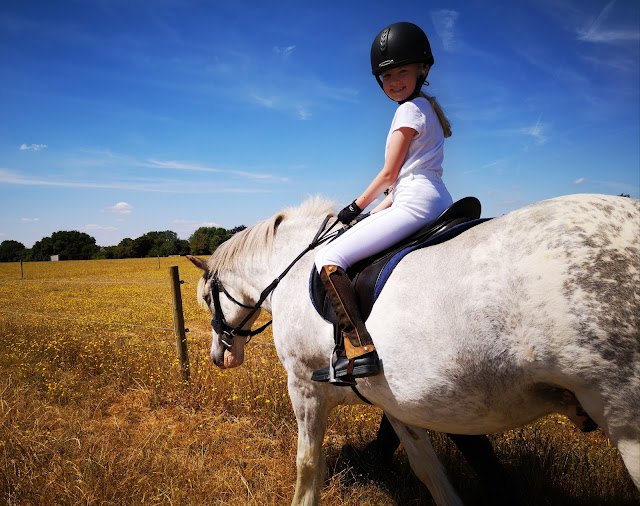 Like all the best and most memorable equines, Speckles wasn’t completely meek and mild: he never stopped being able to switch on what seemed to be an internal turbo booster to get from his field to his breakfast in as little time as possible (whether you were ready for it or not), and was notorious for his character building party trick of pretending he was completely unable to halt on the centre line when practicing a dressage test. Each spring, the soundtrack of the stables was a chorus of little (and sometimes not so little voices) pleading him to “woah, Speckles”, although, given that he’d always pull it out of the bag when it really counted, it’s hard to complain when that was his only major flaw. As any consummate RDA horse can, he could always sense a rider's capabilities, and would make even more of an effort not to stop for a non-disabled rider tasked with schooling this habit out of him.
Even in his later years, he kept a spring in his step, and would always know when his leader wasn’t quite paying enough attention. Just this February, I was turning him out when we encountered a veritable swamp in the gateway of his field. Neither of us were keen on going through it, but as it was him who would be staying in said field I attempted to tiptoe around the very edge and leave him to get his hooves muddy. This cunning plan ended, as they so often do, with me on my side in the swamp. Speckles waited politely whilst I squelched over to take his headcollar off, then merrily trotted away to eat hay and probably laugh about me with his fieldmates. To be honest, it was funny.

But, always understanding his job, Speckles seemed to have an innate understanding of the needs of whoever was on his back. “This rider likes a bit of speed… OK, I can do that, woohoo! This rider is nervous, and they need my help to let their potential shine through… I can do that. This rider can’t see, and this rider can’t hear, but I can handle that. This rider has ambitions, but they need to work hard. This rider likes to have a laugh. This rider just needs me to be their friend, and I can do that too.” He was kind even to non-equestrian parents and wary grandparents, and an expert in giving volunteers the horse therapy they needed too. He was a wise old man with a twinkle in his eye, who had seen many generations of our group grow up, and lent a hoof to hundreds, if not thousands, of human achievements. 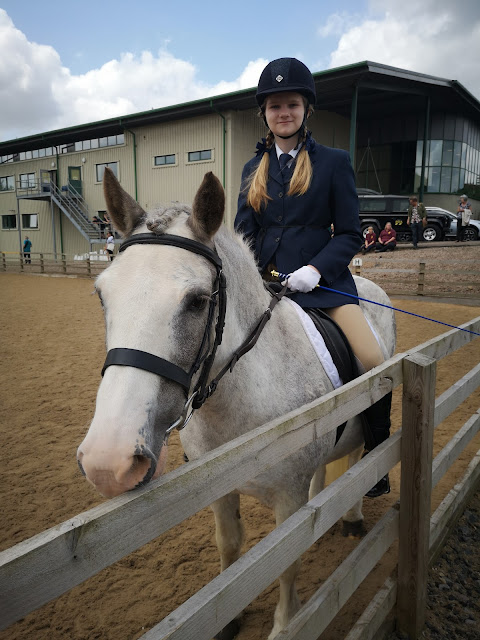 It's fashionable these days to say "don't be sad" over a death. "Remember the happy memories instead." But it’s hard for a post like this not to be sad, because it is unlikely that we, or indeed anybody else, will ever encounter a pony quite like Speckles again. I won't pretend that I haven't cried writing this post, or that I don't feel desperately sad that when I do finally make it back to the stables, he won't be there. I feel sad, too, thinking about the sadness of the legions of people who loved him, whether they are riders, parents, volunteers, or admirers from the wider RDA community. I think it will take a long time to get used to the fact that Speckles' name isn't there on the turnout list, or that his name won't be called in a prize giving again. To say his horseshoes will be difficult to fill is an understatement beyond understatement.
But, ultimately, we should feel lucky to have had the opportunity to know, work with, and love one of the greats: a genuinely ultimate RDA pony who set the standard for hundreds of future RDA ponies, the kind that some groups spend their entire histories searching for. We had that privilege for twenty years, and now have the privilege of giving him the rest and the celebration that he justly deserves. Where might his legacy take us in the next twenty years? I'm excited to find out. I think we'll still be telling stories about Speckles many years after that. 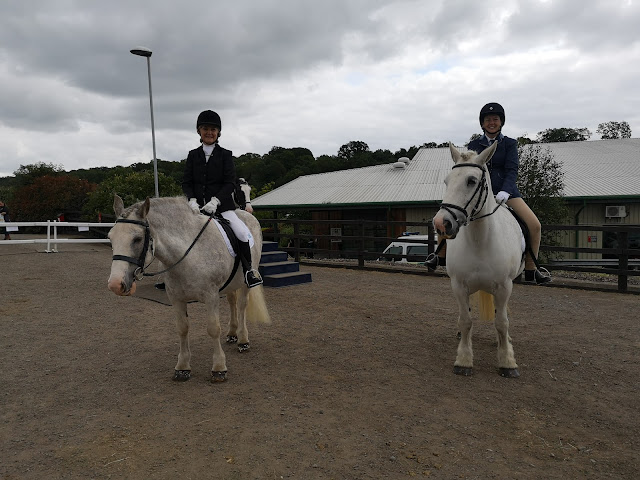 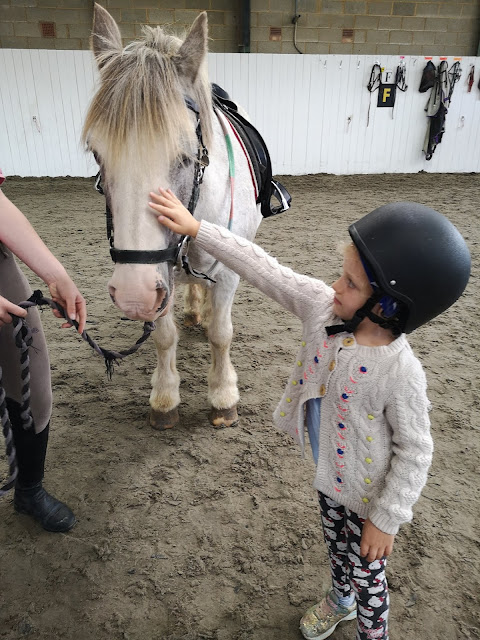 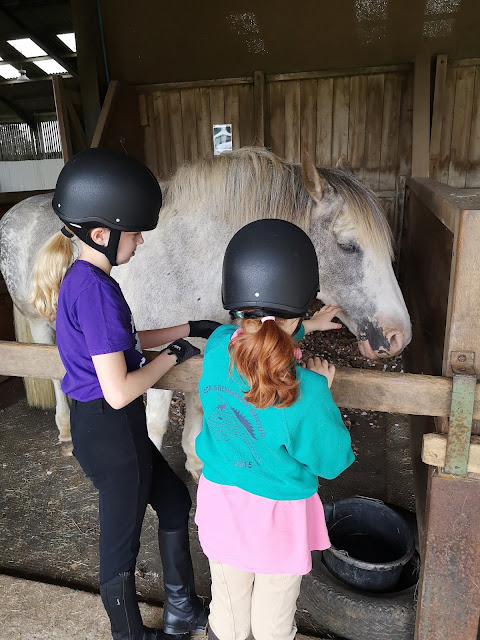 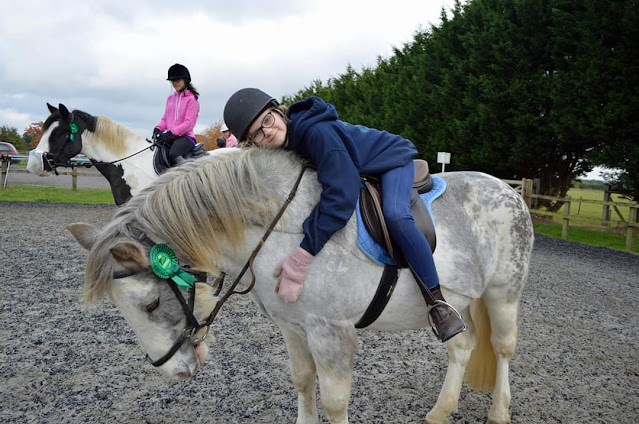 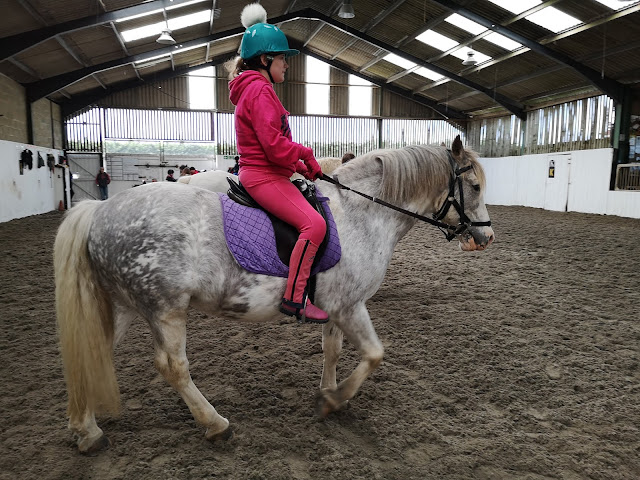 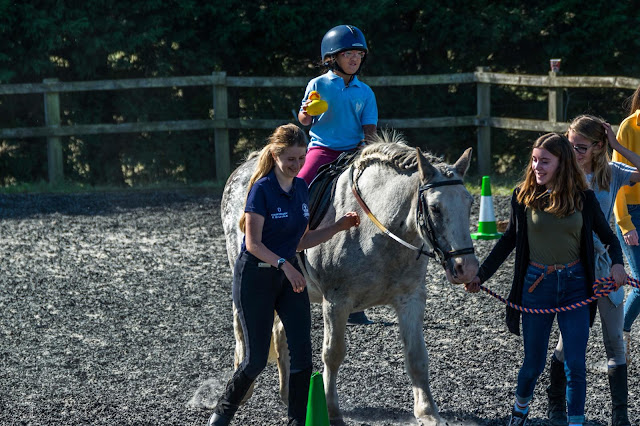