A force of habit: why habits are helpful, and why we've been missing them as RDA coaches, volunteers, and participants 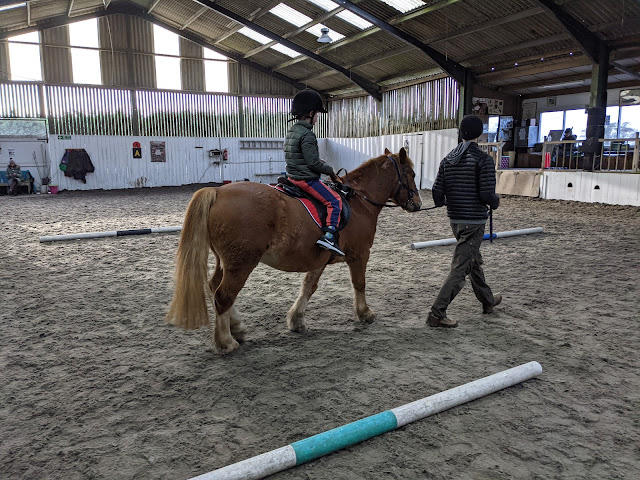 I saw a lot of online content in the first lockdown discussing habits. I think this was down to a couple of things: firstly, a suspicion of a claim from a "lifestyle" YouTuber that it would take them 21 days to get into a running habit, and secondly, my own need to get into some sort of routine involving exercising at home when most of my regular habits were cancelled and I wasn't going out much. To spare you the scowling at pyschological (and pseudo-psychological) articles I did, 21 days is a ballpark minimum figure: some habits can take the best part of a year (or 250+ incidences of doing whatever the habit is), and some can take as little as 18 days, but a number of studies settle on 66 days as an average to establish a habit. This blog post is being published on Easter Sunday: for those of you who observe Lent, is 40 days ever long enough for the new habit you try to form?

I'm not turning into a science blogger, as interesting as I found this, but I've been thinking ever since about what a force of habit my involvement with my RDA group has become for me. For those of us who commit to doing whatever we do for our groups over a long period of time, whether we intended to or not, it's hard to imagine not doing it. My RDA habit is so strong that most of my friends and family know that I'm only free on Saturdays in exceptional circumstances. Even Alex the Unhorsey, my long suffering partner, broached the idea of booking a holiday which would do me out of two whole RDA Saturdays with great trepidation. (It's a long, long way in the future...)

For any past, present, or future RDA long-haulers, we've all successfully established a (very good, positive, healthy) habit, and that's secondary to whether it took each of us 21, 66, or 250 days (or sessions) to do that. Some of us might cite RDA as our most productive or long-standing habit: I packed in running after a short four months because it wasn't fun and it wasn't going to make any difference to anyone else if I stopped doing it. RDA volunteering, conversely, was a lot of fun, enabled me to make a meaningful difference to other people, and had a far greater effect on my own all-round well-being. I think our groups offer ideal environments for cultivating habits which stick and which benefit their owners, including the combination of small-team cohesion and personal responsibility which can banish social loafing: the last piece of psychology jargon I'm letting into my writing.

One of the weirdest parts of the last year is that so many people in the RDA volunteering community have had their habit, and all the good things it means for everyone, abruptly switched off. Some have been able to get back to it; some are still "off"; and others are able to volunteer in a reduced or altered way that doesn't really feel normal, and probably won't happen enough times for it to become ingrained as a new habit.

I've come to realise that establishing RDA as a habit is the basic undercurrent for any sort of volunteer retention: committed volunteers who keep it up for years often say that it's a part of their routine they look forward to each week. Those of us managing or coordinating volunteers can and should do plenty of things to make the experience enjoyable and worth returning to week after week (or 66 times), but we can't develop a habit on somebody else's behalf. It's exactly the same for the riders in my classes: I can explain, remind, encourage, praise a rider correcting the position of their lower leg, but when they do it without prompting? That's a habit all of their very own, and that's why I think it makes both parties feel so good.

I'm not using this blog post to say that I think a year (or more) out of the RDA habit has perched your group or mine on the edge of a volunteer crisis-shaped precipice. I do think that the challenge of getting volunteers back into that habit safely and happily represents challenges on all sides, especially for those who have had no RDA time at all since March 2020 or earlier. I wrote a post earlier this year about the things I hoped I wouldn't forget how to do before coming back to RDA, and the response it received made it clear that many fellow volunteers were feeling anxious about being out of habit, out of routine, and out of practice.

Most of us love the fact that RDA sessions are always at least a little bit unique, but there are lots of things embedded in the rhythm of every group and every stable yard which change very little from week to week. Many of our RDA routines help to keep us all safe, but I think they all contribute to making our groups feel safe. One of my riders, a capable six year old, is autistic. One of the ways this manifests for her is a hesitance towards riding new horses, even with lots of external reassurance that she is more than capable of doing so really well. She was able to tick off (and enjoy!) two totally new rides in the short period of time between coming back to RDA in the summer and lockdown 2 in the autumn. The longer she has been immersed in all of the other habits and routines involved in her riding lessons, the more open she has become to chopping and changing that one important thing: the pony. RDA participants will, of course, vary hugely as to how independent they are and how far they will be able to be responsible for their own habits. Every single one, however, will pick up on the patterns and processes which go into an RDA session.

As a coach, I make a conscious effort not to talk about "bad habits" when it comes to my riders. (If one of the ponies has jumped the electric fence three days on the trot, I won't hold back describing that as such.) Most of my riders are children with plenty to work out about how their bodies respond to them, and how the ponies they ride respond to that. This is before considering how much time they've all had to have off in the last year. All of my current line-up have also been with me long enough that if they had a "bad" habit evident enough for me to whinge about it, I probably was the one who let it form in the first place.

I remember being told as a young teenager that my sticky-out toes (I spent a few hours a week in a dance studio) were a bad habit, with little discussion of why I did it or how I might stop doing it. I didn't disagree with the sentiment, but I didn't work out which muscles I needed to engage to fix it until maybe five years later. Helping riders to establish their very own good habits is a hands-on (metaphorical, for the time being) job for them and for their coach which I think works best with lots of positive reinforcement and explanations of how and why they can help them form. Actually, it isn't miles away from how we might be well-placed to help new volunteers make our RDA groups their favourite new habit.

Perhaps when we, or the volunteers we manage, return to RDA over the coming weeks and months, the focus needs to be on reminding and re-establishing good habits, rather than feeling anxious that everything we once knew has fizzled out over lockdown. Being out of an established habit for a long time without it being your choice can make it a weird experience to come back to it: I would completely understand if even the most pre-Covid confident of helpers or riders found themselves feeling anxious about going to their RDA group, even if it was the first time they'd ever felt that way. It's also heartening to see and hear of so many volunteers who have stayed motivated by their RDA habit for all the time they've had to spend away from it: it's no mean feat for the mind during a period which has been both strange and boring all at the same time. It's important that our groups look out for each other during the restart process and appreciate that everyone will need their own timeline for getting "back in the habit", just like everyone does for getting in it in the first place. I think we'll all get there in the end: we're a habit worth having, after all.