I don't know what it is about people in the RDA community, but the overwhelming majority of those I meet seem to set a lot of store by fairness. We care about it in competitions on local, national, and international stages, in the games we play in regular sessions, in how our participants are treated away from our groups, in how opportunities are distributed. More recently, we have had to begin thinking about how we might be able to begin restarting sessions in the future, and the way that the "fairness" of any exit strategy might be perceived was quick to surface in the conversations I've had or overheard about that, too. The thing is, fairness is one of those concepts which seems to become harder to pin down the more it's discussed, and more important to seek out the more people and complex interactions are involved. What is fair, anyway?
In my recent interview with Clive Milkins, Clive made the shrewd observation that "we can't make something that's unfair, fair." Some people will always be more talented, wealthier, less busy, healthier, than others, whether they are part of an RDA group or not. Perhaps we are as an organisation so collectively interested in bringing fairness to an unfair world because we routinely encounter people whose experience of disability, and therefore of society, can seem incredibly unfair. When I've profiled my own riders, there are always parts of their stories which make me think "that's unfair": the hours that Thomas has to put in for physical achievements which most take for granted; the mental effort that Matilda has to make to tune in to communication from others; the frustration Woody must feel when we aren't interpreting his feelings correctly. It can't be unusual to wonder when an RDA family is going to catch a break, or feel bewildered by quite how unfair things seem to be for a particular participant.
I think what has kept me so hooked by RDA is that its purpose is proactive. The participants I've known over the years haven't been especially interested in people's sympathy at the unfairness they have experienced or are experiencing, but welcome the (for the most part, fair) opportunities that RDA activities provide. For those of us involved in running those activities, it's also empowering to be able to participate in something which is helping to redress the balance of that unfairness. Much of this sentiment is echoed in my day job, which involves (in more ordinary circumstances) working to redress another balance of inequality in the education sector.  Both work and RDA regularly bring up frustrations that some injustices are difficult or impossible to put right. I think we are all aware on some level that our power comes from making realistic, achievable changes to make the smaller, more pliable things fair; it's the complexities of actually doing this which are the nuanced, confusing, difficult parts.
What might come as a surprise, however, is that just showing up to RDA and doing our thing without thinking too hard it isn't necessarily going to make the world a fairer place by default. Even the most fair-minded of volunteers will have preferences for particular people, horses, ways of doing or being. Humans will often drift towards the easiest way of doing something, probably because it feels fairest on our own brains, which could end coaches in sticky, potentially unfair situations if they default to "easy fair" too much or for too long. Making "fair" a genuine part of our routine takes thought and honesty, and will require many iterations to apply to the many different people and sets of needs we encounter as part of an RDA group. 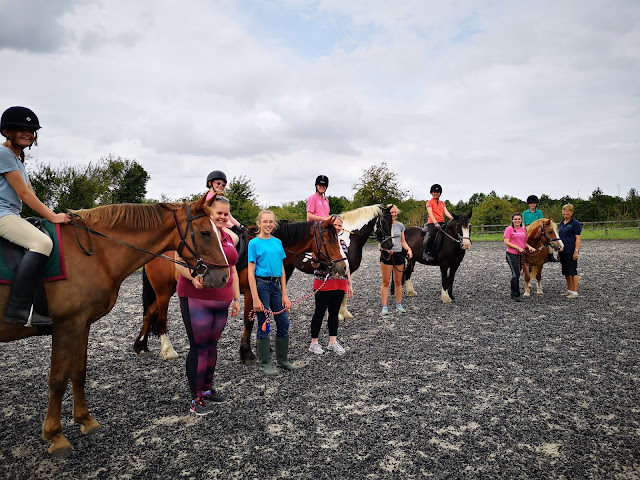