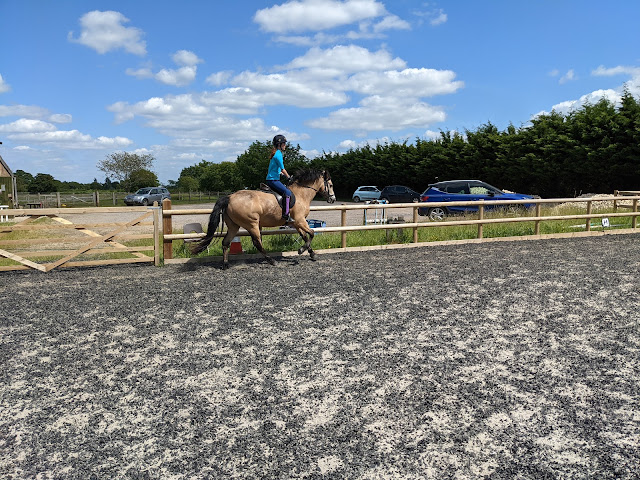 I've been involved in RDA for almost ten years now, and coaching for a big chunk of that time. This definitely constitutes a "long" time (just over a third of my life), but when the community is populated by movers and shakers who've been making RDA happen since my parents were still at school, I'm always a little bit hesitant to refer to myself as "experienced". One marker of gaining experience, however, of being somewhere on the upwards part of the learning curve, is finding that something that used to stress you out doesn't any more.

I've always found that RDA has had a great effect on my ability to handle stress levels elsewhere in my life, but that's not to say that coaching comes with its own pressures and challenges which can be stressful. I've spent some time reflecting on some of the things I've felt myself become a bit more zen about in recent months and years...

I've written plenty about this before, but it remains topical, and I know there are lots of people out there who could do with a bit more reassurance about it. I feel very fortunate to be part of a group that has been really proactive about restarting sessions when and where it can in line with Covid guidelines: my blog post from this time last year was about my first month and a half back at RDA. My initial approach to coming back to RDA after lockdown was akin to someone tiptoeing around a Halloween haunted house, waiting for awful things to spring out from every corner and telling myself that it really would've been better to stay at home. Making myself really, really familiar with the RDAUK guidance and how that would apply to my group's specific setup made a decent difference to this odd intersection of wanting to do the right thing and hating being at home and not busy. The thing that made the biggest difference was habit building: showing up week after week; interacting with riders and volunteers; washing hands more; realising how things could work and were working. I'm not here to roll my eyes and tell anyone who's still planning their restart that they "just need to get on with it", but I fully admit that I needed a push (thanks Alice...) to get on with what I needed to do for myself. My Saturdays are pretty busy again now - no regrets.

This one has been building in my head for a while, but really sprung up on me when considering the fact that holiday plans meant that my two Virtual Nationals qualifiers didn't have masses of time to rehearse for their filmed performances (I'm sure this isn't an unusual phenomenon with the closing date at the end of the summer holidays!). I have always said, in my wisest voice, "every time you ride you are preparing for your future dressage tests". It's a good one to bring out when you have a keen but frazzled rider desperate to know why you're enforcing a break from ten metre circle-induced angst for a week. I've never not believed myself, but I really realised that this was solid advice.

I think most of us are guilty of stressing about dressage tests as a whole entity to be drilled and drilled, and losing sight of the fact that they should be a combination of skills and movements which our riders should be capable of doing in non-competition contexts. I have some younger riders with no external arena experience who are pushing this agenda without realising it, asking if there are any new "dressage moves" they can learn in their lessons. The lack of an in-person championships probably does help to drive the point home a bit too, but I'll be making my best effort to keep up this serene attitude next year (check in with me next May and we'll see...).

I think it's normal to feel hyper-conscious of using inclusive, respectful language when you join an RDA group for the first time: nobody wants to offend their new group's participants by referring to their disabilities in a way that's insensitive. It's also normal to get a bit of a second wind for this when stepping up to a leadership role like coaching. I think a lot about words as a general rule, so have done my fair share of fretting over this stuff in the past. Nowadays, I think this is probably one of the things I feel most relaxed about: not because it isn't important, but because it isn't difficult to learn from individual riders and their families how they are most comfortable with discussing the reasons for them being RDA riders. Some will be very vocal about their disability; others will barely ever even refer to having one and prefer to be treated like "anyone else" at the stables; some will be totally open but a bit fed up of having to tell their story to people. As coaches, we should be paying close attention to getting to know our participants, and actually that makes it simple to make sure we are talking to them and about their disabilities in a way which makes them feel accepted and respected. No overthinking required: just care.

Few non-disabled people are lucky enough to be raised in an RDA environment alongside learning to ride themselves: I certainly wasn't. As such, most of us who end up as coaches or long-term volunteers invested in participants have to shift our mindsets at some point. Riding schools are all very different, but ultimately there is a formulaic element to learning to ride in the mainstream. I would lead kids at my riding school as a teenager and be able to pick out the ones who were progressing particularly quickly or slowly relative to that formula. In RDA, there are more formulas, and they are often (usually) more complicated.

There can't be any expectation that even a well-matched non-disabled group will progress at exactly the same rate, and even less for an RDA class. Some disabilities will throw near-literal spanners in the works at various intervals; some riders will only be able to access riding at walk and trot but will be more talented than any non-disabled rider you've ever met (did you read my interview with Sophie Christiansen?). Some riders will have to work with a degenerative condition to be able to access the sport; some will be slow-burn in the way they reach their potential; some will progress the most in ways which aren't really connected to independent riding skills. This makes it trickier and less simplistic for a coach to say "this rider or class is getting on really well", but I don't think that needs to be stressful and I don't think RDA is any worse off for it. Ultimately, it's about acceptance: acceptance of the diverse needs of our participants, and also of how we as coaches need to adapt our approaches and expectations.

I've lost count of the lessons where I've had to steer away from the plan I could've been building up in my head for weeks. Being too goal-orientated can be really unhelpful when it comes to horses, and that's before all of the other human elements of RDA come into it. I'm much better at rolling with it now, even though it took me a while to get back into that headspace after having micromanaged all of my early post-Covid sessions to the absolute max. A related lesson I've learnt over the years is how much confidence my riders pick up from me (as they would any coach!): if I'm relaxed and in control of any necessary off-piste plans, they find it way easier to roll with it with me. Some weeks we have to tone it down, some weeks we're able to turn it up a notch, some weeks we have to think again and some we just have to settle for it being better next time. All of it's fine.

Full disclosure: this one is a case of "I find it less stressful" rather than "not stressful at all". Falls aren't fun, and I doubt that any amount of experience will tone down the very human stomach-drop moment when you see one of your riders disappearing out the side door. I do, however, remember sitting in the tack room after my first ever almost fall with a splitting tension headache and an all-round sense of horror at what had unfolded in my lesson. Even if you end up in a situation where a rider is badly hurt and needs a bit more than a dust off, a high five and a write up in the accident book, it's not going to help anyone to get into a spin about it - even if that's easier said than done. While it's never going to be anyone's favourite or easiest part of the job, it's important to be objective, including about the fact that it will probably happen eventually to anyone who sticks with coaching long enough, no matter how much we work to mitigate the risks. Just because something isn't fun to deal with doesn't mean it's helpful stewing over it until your head's ready to explode, and we owe it to the riders, helpers and horses in our sessions to keep a cool head. No involved party rates falling off very highly in the "fun" stakes. 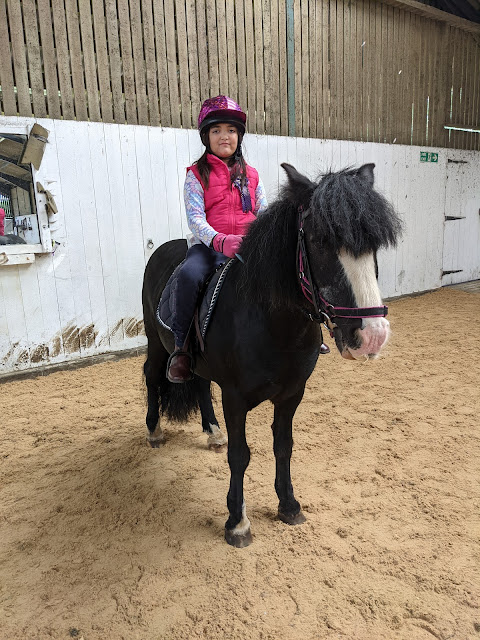 Can I claim that RDA coaching is totally stress-free? Not quite, although I don't think that should put anyone off when there are so many other wonderful things about it. Will I put virtual pen to virtual paper about the stuff that does stress me out about coaching? Maybe, maybe not (repeat sentiment from above). I'm happy with being on that permanent learning curve, and happy with the enjoyment and progress that comes out of my sessions. That's got to be the starting point for any sort of useful experience.