Back in time: my visit to the London Paralympics and the horizons it broadened 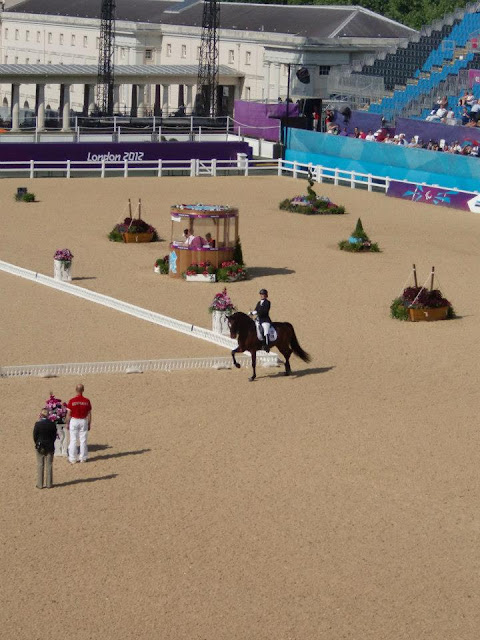 I've never forgotten that "anything is possible" feeling, but experience in the years that have passed since 2012 has kept my feet on the ground and my head in the right place. I'm OK with the idea that I am very, very unlikely to be a Paralympic coach; even if a potential Paralympian ended up in one of my classes, there would come a point where the skill, time, and horsepower I was able to provide them would fall short of what was needed for their goals. It also remains that not every disabled athlete will have Paralympic potential, and even those who do won't necessarily end up riding for their country. I do think that the media still needs to improve the way it celebrates grass-roots para and RDA achievements: we don't see headlines about the winners of the local under-11s football league aiming for the World Cup, so why do at least three quarters of news stories I read about para riders claim that they are "aiming for Paralympic gold"? I am desperate to experience live Paralympic dressage again at another games and am hoping to make it work for Paris; now I have read, seen, and done more than I had in 2012, there is so much more I would go looking for.
I choose to use my memories of London 2012 as a reminder that RDA is an empowering organisation, and as a coach I am directly involved in empowering others to find their own "best". If a promising young rider gets as far as first place at Nationals and placings at a couple of para competitions, that is still a big deal. If another rider takes ten years to win themselves a qualifying place at Regionals, that's a big deal too. For others, riding for a full hour or riding at our annual Fun Day is the biggest deal going. This isn't just an RDA thing, or even just a disability sport thing: any kind of activity which involves learning a skill should have the capability to empower those who do it at a level which works for them. Effort and achievement are never not worth celebrating (and there are stages of all sizes for the purpose), and we should never underestimate what anyone can learn from a para-equestrian at the top of their game.
Labels: #AbingdonRDA #RDAonTheRoad #RDAValues